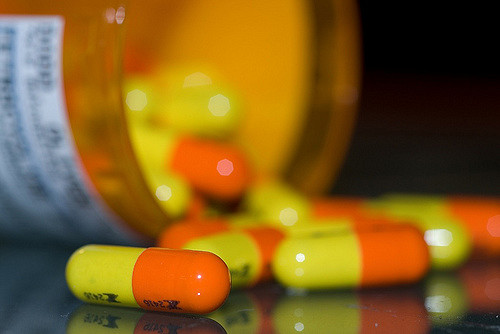 A BMJ article yesterday provided strong evidence that doctors who prescribe antibiotics at high rates for respiratory tract infections are not, in fact, protecting their patients from serious bacterial complications such as meningitis.

This finding negates the ‘patient safety’ claim repeatedly pulled out by some high-prescribers to justify their practice of using antibiotics for colds. They typically recall an awful case of mastoiditis (ear-bone infection) they once treated, then suggest that the researchers must be heartless not to want to prevent it.

I have always resisted the urge to point out that, logically, the more anecdotes these high-prescribers produce, the less it would appear that their prescribing practices actually prevent these bacterial complications!

I resist that urge because, of course, fighting anecdote with anecdote is not how good evidence works. Happily, this study now provides the missing evidence.

Please note: the antibiotic problem certainly doesn’t lie with GPs alone – quite rightly, we need to look at antibiotic use in hospitals, specialists’ rooms, the agricultural industry, and third-world countries with minimal regulation etc. And of course, thousands of GPs do the right thing, and our profession deserves credit for talking about the issue openly.

But who am I to hold back when writing for a GP audience?

Every medical media article highlighting antibiotic over-prescription of for respiratory tract infections (RTIs) seems to attract at least one doctor’s comment about antibiotic overuse in agriculture (true – but doesn’t excuse medicos), and an anecdote about mastoiditis or meningitis, claiming researchers will be responsible for an ensuing wave of dangerous infective complications.

Antibiotic-vs-placebo trials inevitably show no such wave—not even a ripple—but the numbers are always too small to rule out such rare outcomes. In an evidence vacuum, anecdotes expand to fill the space.

Now, however, with 45 million person-years at its disposal, this BMJ research is powerful enough to detect even the rarest of outcomes. The results are reassuring for low-prescribers.

It turns out that GPs whose prescription rates are in the highest quartile are not protecting their patients from mastoiditis or meningitis at all.

Regardless of whether 80 per cent or 20 per cent of your patients with RTIs walk out the door with a prescription, around one in 30,000 will get mastoiditis, and one in 45,000 bacterial meningitis, regardless. The anecdotes are democratically shared.

Only two infective complications benefit from high prescribing rates. However, the number needed to treat (NNT) was around 2000 extra antibiotic prescriptions to prevent one case of pneumonia and around 20,000 to prevent one peritonsillar abscess. These two outcomes represent a delay in treatment, as most would respond to subsequent antibiotic use.

A peritonsillar abscess is very nasty, of course, but consider the costs of its prevention.

This involves 20,000 ‘hassles’ of taking a course of medicine, around 2000 mild side effects (rash, vomiting, diarrhoea), the odd anaphylaxis, and perhaps half a million dollars of extra medical care. Not to mention antibiotic resistance.

This study provides the best evidence yet that we cannot play the ‘avoiding bacterial complications’ card to justify our high prescription rate. No more tales about how academic researchers ‘wouldn’t know’, because they have never treated a mastoiditis.

Let’s get that message out there to doctors and to patients.

Justin is a GP in Brisbane and Director of Education for GPs in the NT. He edits a medical journal and two medical textbooks, and is a medical writer and educator. Further details at https://drjustincoleman.com/
View all posts by Dr Justin Coleman →
This entry was posted in medical writing, Naked Doctor and tagged #FOAMed, antibiotics, GP, Medical Observer, overtreatment, pharmaceutical. Bookmark the permalink.