How to measure med student empathy 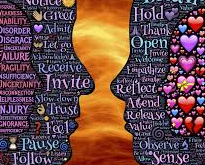 Wait—that’s not the news. Almost every survey ever has shown females are more empathetic, to the point where I’m starting to think it is almost certainly true. Not that I care.

The more surprising finding from the study published in this week’s BMJ Open is that the Irish Health Professions Admissions Test (HPAT, the close cousin of Australia’s UMAT) seems incapable of predicting empathy.

This, despite the introduction of a section on the test called “interpersonal understanding”, designed to ensure that students selected by universities have the emotional capability for their demanding career.

The findings from the survey of 263 medical students in Cork weren’t watertight; the gold standard against which the HPAT entrance scores were measured was yet another survey, albeit a strongly validated measure of doctors’ empathy.

But it seems your score in interpersonal understanding on an entrance test has no correlation with your subsequent degree of empathy at any stage throughout the medical course.

Although the HPAT and UMAT tests are designed to test capacity rather than knowledge, one can’t help wondering if less-empathetic candidates might have been taught to give the right answers. Empathy by rote learning.

Empathy is undoubtedly good for those in the doctor’s care. Patients scarcely need an evidence base to confirm this, but studies show that empathetic doctors are positively correlated to patient comprehension, accurate diagnosis, treatment adherence and quality of life.

And don’t forget the benefits for the doctors themselves. A much larger 2013 study strongly correlated burnout with doctors who relatively lacked empathy.

Although there are medical specialties where being particularly bright or dexterous arguably matters more than being empathetic, clearly universities should pay at least some heed to psychological characteristics during student selection.

Around half the students will go on to become GPs, where perhaps more than any other specialty, low empathy can seriously hinder one’s professional effectiveness.

The question has always been how to fairly measure those traits. Candidate interview has been criticised as being too open to bias, with interviewers being more likely choose students similar to themselves.

However, the findings from this Irish research make one wonder whether the dispassionate, standardised approach has achieved fairness at the expense of usefulness.

Sure, the computer-marked test doesn’t discriminate against candidates on the basis of age, accent or attractiveness, but nor does it on their degree of empathy!

If caring and indifferent folk alike are scoring the same, we may as well just go back to their year 12 mark and those UMAT pattern recognition questions I can never solve.

If any student reading this feels envious that I got into med school without solving any pattern puzzles, believe me, I do feel sorry for you.

So sorry, in fact, that they gave me an A in empathy.

Justin is a GP on the remote Tiwi Islands at the top of Australia. He edits a medical journal and two medical textbooks, and is a medical writer and educator. Further details at https://drjustincoleman.com/
View all posts by Dr Justin Coleman →
This entry was posted in medical writing and tagged empathy, evidence, Medical Observer, medical student, psychology. Bookmark the permalink.

1 Response to How to measure med student empathy