The Fed endures, and so must we 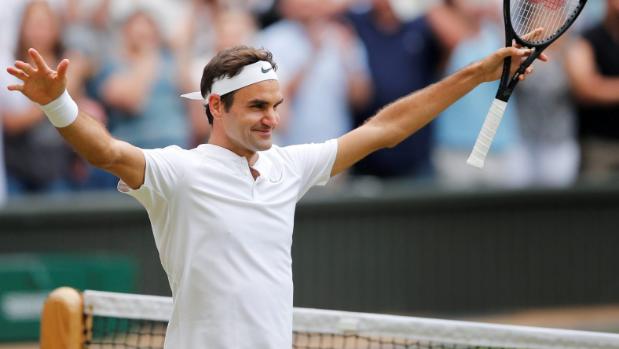 In case you missed the Wimbledon news, some old Swiss guy beat all the young pretenders. And he was two years younger than women’s finalist Venus Williams.

In fact, the combined age of the four male semi-finalists was the oldest in the tennis open era. A weekend for the ancients.

Federer’s graceful style used to give hope to teenage tennis prodigies. Now, he gives hope to old codgers like me.

Not that we might ever hope to be great, but instead, it says something about holding on. While both knees still work, there’s hope.

Admittedly, the Swiss master’s 35 years does not even take him back far enough to have ever known Dunlop Volley tennis shoes and wooden racquets. But in outlasting nearly all his peers, he drives home the message that competitive sport doesn’t stop at thirty.

We family physicians are familiar with the typical reduction of physical activity as people age. Primary schoolers run around like chooks, teenagers usually play sport regularly and often keep it up for a couple of years after school, but then—bang!

Too many lose the habit in their twenties, and the ensuing decades start to bring all the problems associated with a sedentary lifestyle.

We know that the reduction in morbidity and mortality with exercise leaves most other preventative interventions in its wake. And these benefits continue at every age – even after we shuffle through the nursing home portals.

As a nation, we’re getting fatter rather than fitter, but happily, significant cohorts are proving the exception to the decline.

In recent years, I have entered a few fun runs. It never ceases to amaze me how many grey-haired runners turn out on the day and have a crack at longer distances. 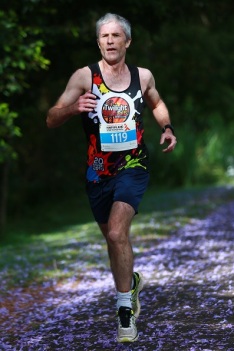 The author trying not to look too puffed for the race cam.

Some races involve running up and down steep country trails for a couple of hours. You wouldn’t even contemplate these without some serious preparation; a lifestyle to make your doctor proud.

I have noticed that the tougher the race, the older the crowd. It probably takes a touch of obsession, but boy, those men and women in their 50s and 60s are fit.

None are obese – a few tell me they started out that way, but any abdominal fat got chewed up long ago.

Gym circuits where you race the clock are increasingly catering to the mature market, and Masters Games are thriving, with some competitors having ticked over into their second century of life.

Competitive sport isn’t for everyone, but it really does bump up the heart rate compared to walking. The drive to beat your previous best time, or beat your friend on the other side of the net, adds an element which can spur you on more than just walking 30 minutes to the shops.

By ‘competitive’, I’m not talking about tennis brats, dodgy line calls and drug cheats. That’s for the young folk, God bless them and their adrenaline.

Each Friday night, I put up my hand for a game of soccer with a bunch of old blokes. During a long Friday afternoon GP session I often wish I’d instead chosen a night at home with a glass of wine, but once you’re on the team list, there’s no backing out.

Team sport motivates participation, as does telling a friend you’ll meet them at the pool for a swim.

None of us can keep going forever—not even the Fed. I suppose the sliding doors of the nursing home might capture me eventually. But not while I can still outrun the security staff.

Justin is a GP on the remote Tiwi Islands at the top of Australia. He edits a medical journal and two medical textbooks, and is a medical writer and educator. Further details at https://drjustincoleman.com/
View all posts by Dr Justin Coleman →
This entry was posted in medical writing and tagged exercise, Federer, Fitness, health, Medical Observer, running, Sport, Tennis. Bookmark the permalink.