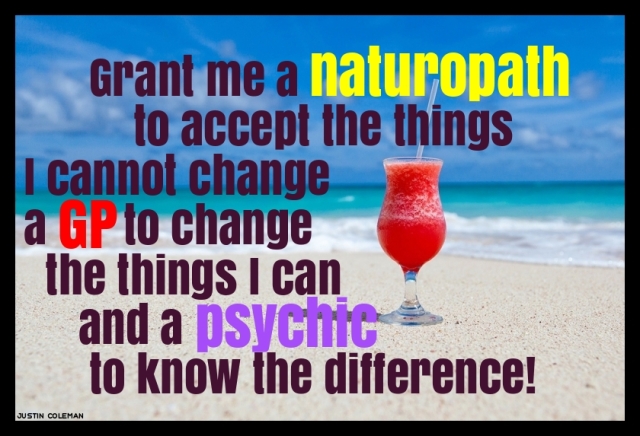 The wellness industry sells good habits to those who can afford them but don’t need them. Superfoods for super dudes.

Turmeric, quinoa and curecumin; so easy to sell, even if hard to spell. Actually, it might be curcumin. Or cumcurin?

Not cucumber, which isn’t considered a superfood, despite those sandwiches having kept our Queen alive for longer than any other celebrity.

And I bet you Ma’am doesn’t take rhodiola root powder in her Earl Grey.

Regardless of spelling, modern society gives the worried-well ample opportunity to get even weller, for a price.

Happily for marketers, the wellness scale has no upper reference limit, which means no one can ever reach peak health, at least while there’s a coin in their purse.

COVID-19, touted by conspiracy theorists as an infectious disease (that’s the unwellness talking) is instead a gift to wellness promoters. Because if you don’t have it you are, by definition, well.

That’s almost everybody — a market of very well people who won’t stay that way without help.

They will be kept well by the purveyors of hydroxychloroquine, organic house sprays and celebrity chef BioChargers ($25k and there’s not even a Thermomix setting.)

Living a natural lifestyle never cost so much.

In bygone days, good habits used to mean delaying the third whiskey until the kids went to bed, but no one ever made a quid from that ‘deficit model’.

Less this, quit that.

No, nowadays if your treadmill lacks a body scan to calculate this morning’s fat percentage, upgrade.

I’m more interested in bad habits, myself. Not that I advocate them, mind, but just quietly, the bad ones are a damn sight better for a GP’s business than the good ones.

My practice model relies on a whole bunch of sickness. Sometimes, I wonder if I’m working the wrong end of the spectrum.

My customers have always tended towards the unworried unwell. The folk who fairly suspect that if they’d stopped smoking a few years ago their legs might work a bit better, but it didn’t really bother them back then.

I get the boilermakers who know they should do the entire weld without lifting the visor to peek at the last tricky bit, but such is life.

They don’t blame karma or the boss or me — they’re just happy if I can remove the metal speck so they can get on with it again. Keep the rest of the fluorescein and I’ll see you next month!

I see women with asthma puffers they would use but can’t, blokes with condoms they could use but won’t.

I seem to have made a career out of preventive medicine that only sometimes works.

I guess most of us have, really. Maybe that’s the gig we signed up for. At least we succeed more often than a BioCharger.

I did once live at a hippy beachside location that seemed to successfully combine the two modalities — sickness and wellness. A yin-yang balance perfect for sustaining both the local medicos and, in the same street, the naturopaths and psychics.

That seaside town was full of skinny people — just like an American beach movie and just the opposite of an American beach. Everyone was into healthy vegetables, healthy supplements and cigarettes.

Lots of smoking, not all of it tobacco. You could get a lymphatic massage, liver cleansing detox and grass-based juice (recommended by all the local cows) then top off the day with a grass-based cigarette.

Seems you could never be too thin or too carcinogenic.

The health industry in the town served as a complimentary smorgasbord, as long as you were happy to pay for the homeopathic juice bar. Most were. To me, once you’ve had a few drinks, they all start to taste like water.

Look, everyone managed to earn a quid. When your town can service the sick, the well and any combination of the two, you’ve pretty much matured as an economy.

The only thing we lacked was a serenity prayer sign to help guide the tourists.

This article was first published in Australian Doctor, Aug 2020

Justin is a GP on the remote Tiwi Islands at the top of Australia. He edits a medical journal and two medical textbooks, and is a medical writer and educator. Further details at https://drjustincoleman.com/
View all posts by Dr Justin Coleman →
This entry was posted in medical writing and tagged Alternative medicine, GP, health, humour, medical, Medical Observer, wellbeing, wellness. Bookmark the permalink.