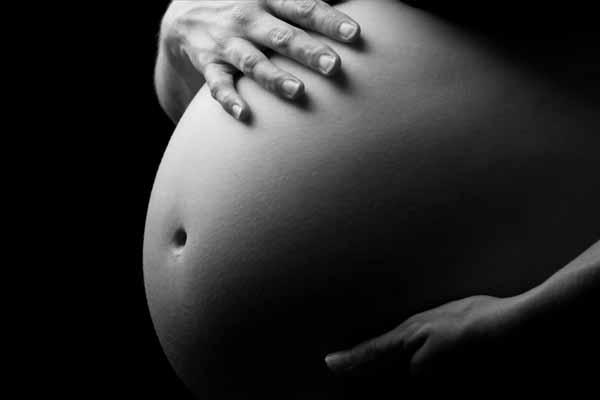 Important new findings today suggest that planning to have your child born before 39 weeks’ gestation may be associated with worse brain developmental outcomes, once your child reaches school age.

SOMETIMES there is no choice in having to pre-book an early birth. If your pregnancy is high-risk or complicated by a particular medical condition, then planning an early delivery, by C-section or going to the hospital for induction, may be the safest option.

However, increasingly the delivery of babies is pre-planned without necessarily a pressing medical need. In fact, in Australia, planned births now account for around half of all deliveries at 37 and 38 weeks’ gestation. Today’s news it that your child may be more likely to have unforeseen complications down the track.

What is this new study?

A study published today in Paediatrics linked the birth records of 153,730 children born in NSW in 2002-7 with the child’s performance some years later, as graded by their teacher in the triennial Australian Early Development Census (AEDC).

The AEDC assesses development in five domains: physical health and well-being, language and cognitive skills, social competence, emotional maturity, and communication skills and general knowledge. This study defined ‘developmentally high risk’ as a child who scored in the lowest 10% in two or more domains. This accounted for 9.6% of all children, and I’ll refer to their developmental high risk as ‘DHR’.

What were the findings?

The risk of a child being DHR increased, the earlier the child was born. ‘Full-term’ is defined as 40 weeks, and the safest time to be born was at 39 weeks or more. Children born at 37 weeks were 17% more likely to be DHR than those born at full-term, and 38-weekers were 6% more likely. This remained true even after statistically adjusting for multiple possible other factors (maternal age, smoking, illness etc.)

If this were only true of ‘natural’ deliveries, there would be little doctors or mothers could do about it, except hope that the pregnancy went full term. However, the importance of this study lies in its findings about planned deliveries.

A planned delivery is where the doctor arranges to induce labour or pre-books a C-section, and it is planned on a particular calendar day, usually from 37 weeks’ pregnancy and beyond. Around half of all NSW births before 39 weeks’ gestation (48% at 37 weeks, 55% at 38 weeks) were planned, during this six-year study period.

Children who had a planned delivery at 37 weeks were 26% more likely to be DHR (adjusted Relative Risk 1.26) and at 38 weeks, 13% more likely. In other words, all else being equal, if you and your doctor choose a calendar date at 37 weeks rather than a fortnight later, your child may be a quarter more likely to perform poorly later on in primary school.

Are the findings reliable?

First, this evidence is not ‘proof’, and there could possibly be other explanations for the finding. A false finding due to chance alone is unlikely, because all the calculations were statistically significant.

The most obvious mix-up might be that pregnancies which are medically at high risk (e.g. the mother has a medical condition or substance abuse problem) are more likely to result in the doctor planning an early birth for safety, and we already know that these children do worse developmentally, on average.

However, to reduce this possibility, the researchers repeated their analysis just for low risk pregnancies, yet the results remained roughly similar. This doesn’t altogether rule out that possibility.

Second, for those who prefer their research to show ‘causation’ rather than just the ‘association’ shown here, your wish is unlikely to be granted any time soon, because it’s unlikely many mothers would consent to having their delivery planned at a randomised point in their pregnancy. So the ‘moderate evidence’ provided by this ‘observational’ study is the best we have for now.

In summary, then, it does seem likely that the decision to book a birth before 39 weeks gestation, particularly at 37 weeks, is associated with a higher risk of subsequent poor school performance.

A possible explanation is that the baby misses out on the final stages of brain and neurological development during those extra couple of weeks in the uterus.

How does this affect you?

As the study authors note, early planned births are increasing. What’s more, the threshold for making that decision is decreasing. Sometimes, according to the authors, it may be just for convenience.

Besides evidence-based medical indications, the authors say that numerous other reasons have been used to justify early planned birth, including litigation, patient and doctor perception of safety versus risk, reduced risk of stillbirth, maternal age, obesity, and convenience.

I’m not dismissing any of those reasons as being necessarily irrelevant. However, these study results now become a ‘must-include’ part of the discussion whenever a pre-39-week birth is being considered without a clear-cut medical need.

Mothers have the right to be informed about the associated increased risk of poor school performance before making their decision as to when to plan their induction or C-section.

Justin is a GP on the remote Tiwi Islands at the top of Australia. He edits a medical journal and two medical textbooks, and is a medical writer and educator. Further details at https://drjustincoleman.com/
View all posts by Dr Justin Coleman →
This entry was posted in medical writing and tagged C-section, child development, evidence, health, mothers, pregnancy. Bookmark the permalink.