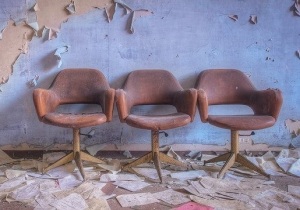 The doctor will see you shortly
Pic by zeitfaenger.at

BRISBANE: At a suburban clinic yesterday, every single patient during the morning session was called into their appointment on time.

“It just kind of crept up,” said the bewildered medico. “Like, the first insurance medical who forgot to bring his paperwork. We just sort of shrugged our shoulders as he left—and the meter had barely started ticking.”

“Later, one of my regulars announced ‘I only want a quick script,’ and really meant it. Literally! I think she was late for bridge,” mused Coleman, shaking his head contentedly. “Wasn’t even a phone Authority.”

Social media has been buzzing today, with @Biggie56 tweeting “This dude is NEVER L8! Gonna switch 2 Inala 4 sure!”

Some Facebookers were more cautious, however, with Australia Patient Advocates posting, “Before accepting this sort of record, we’d want to examine the reception software data. All credit to the patients though: evidently none were caught short by relying on the waiting room’s usual half-hour ‘mag lag’.”

With just one in five medical appointments starting on or before the buzzer, a 16-appointment ‘slam’ is statistically expected just once every 152 billion sessions. However, appointment analyst Lisa Combes explains why this ‘hundred-year’ phenomenon was seen as recently as April 2014.

“Daylight saving computer glitches account for a few technical slams most Aprils,” explained Combes. “But yesterday does appear to be what we call a ‘confounder-independent’, or ‘freaky weird’ occurrence. Think of it as a waiting room with one plastic chair and a perfect empty-refill cycle.”

Combes’ previous research does identify occasional short runs of VT (Vicarious Timeliness), but usually any cluster of four or more is interrupted by a patient who is very sick or very talkative (rarely both).

“And, particularly with female doctors, the GP can be the rate-limiting step,” suggests Combes. “Asking that one extra question about how the patient is coping, or squeezing in double bookings to maximise earnings (rarely both).”

At one point yesterday, Coleman was beating his own starting gun by a full twelve minutes. “It was a pretty run-of-the-mill morning, actually. I didn’t see any particularly interesting pathology, or at least if I did, I missed it,” he explained to the thinning media contingent.

“I guess the mild weather and lack of national sporting events meant my small talk was limited,” he said, indicating a photo of his vintage bottle-top collection.

Are there any down sides to becoming Doctor ‘Justin time’?

“I suppose this runaway success could make me almost too popular,” he giggled, adjusting his cardigan. “And I’ve heard that popular doctors never run on time.”

This article was first published in Medical Observer, Aug 2015

Justin is a GP on the remote Tiwi Islands at the top of Australia. He edits a medical journal and two medical textbooks, and is a medical writer and educator. Further details at https://drjustincoleman.com/
View all posts by Dr Justin Coleman →
This entry was posted in Uncategorized and tagged Flippant, GP, humour, Medical Observer, on time, waiting room. Bookmark the permalink.